October 03, 2022
Home Home Handy Shares the History of The Granite That Forms Your Countertops 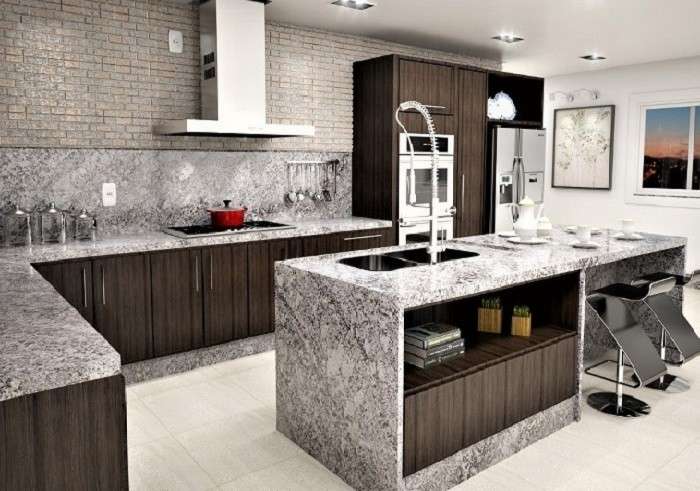 According to Handy, granite is undoubtedly one of the most luxurious and durable materials you can use to build countertops in kitchens and bathrooms. It has been used as a building material for centuries but the popularity it experienced in modern homes was only possible due to the advancement made in technology and economics in just a few decades.

Let’s look at a few points that will help you to understand the history of granite that forms the countertops in your home:

The Ancient Romans used granite to construct the Pantheon, the Roman bathhouses, and more. Granite became a common building material during the Renaissance due to improved quarrying techniques and fabrication. It was used to build monuments, churches, palaces, houses, pools, beautiful baths, and more.

After the 1830s, the cutting technology improved with the introduction of the first steam-powered saw, polishing machines, and lathe. However, due to the expensive cost of transportation, it was still usually limited to the locals.

However, after 1980, when the cutting technology became more refined and the shipping became more reliable, the popularity of granite slabs spread even further. This was possible because by then the cutting technology relied on forced water induction and diamond blades which made it possible to mass produce granite in various forms such as backsplashes, tile, water basins, and even countertops.

Plus, with the introduction of artificial intelligence, we have made great breakthroughs in reducing labor costs and improved processing methods which have made granite much more affordable for the middle class.

The demand for granite countertops among homeowners soared during the 2000s due to the housing boom and improved shipping and production. In fact, the United States sourced most of its granite from countries such as Brazil, China, and India since they were able to fulfill the demand for cheap.

Handy suggests you consider installing a granite kitchen countertop since they offer a great mix of affordability, aesthetics, and durability. Every piece of granite is unique and available in a wide variety of colors. However, they are resistant to many forms of damage unlike softer natural stones such as marble. As a result, they need less maintenance and can offer a great value for money in the long term.

9 Ideas To Make Your Shed Even Better